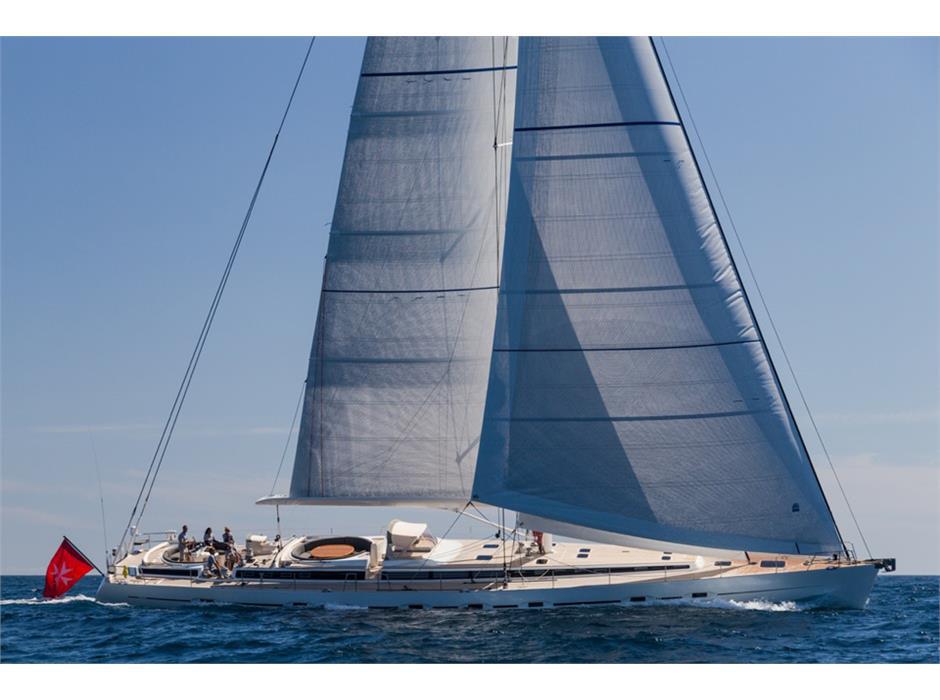 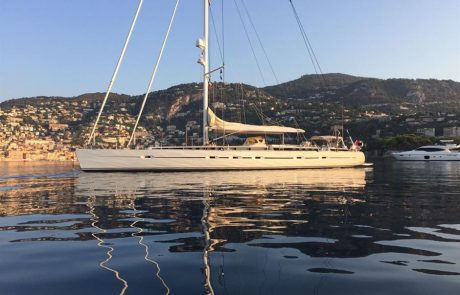 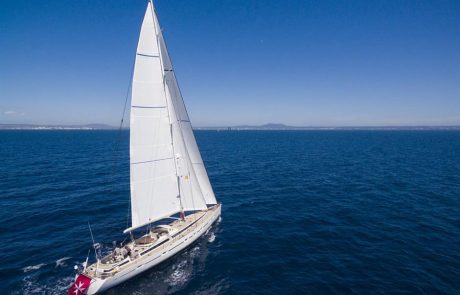 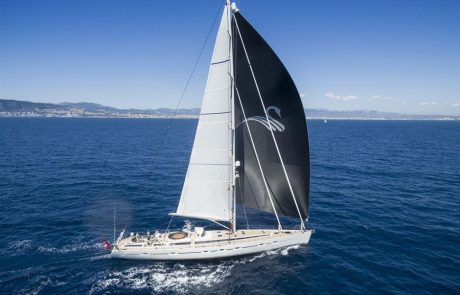 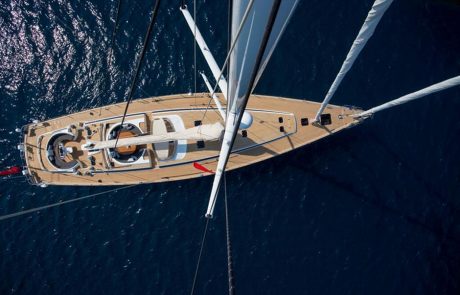 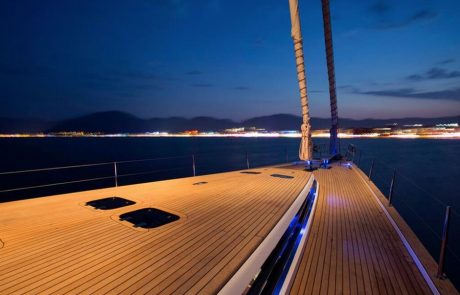 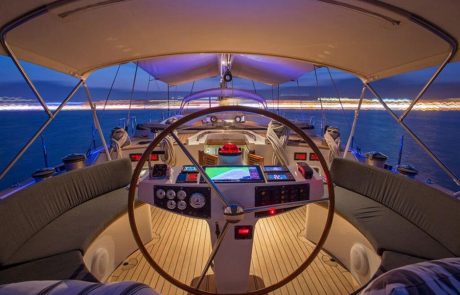 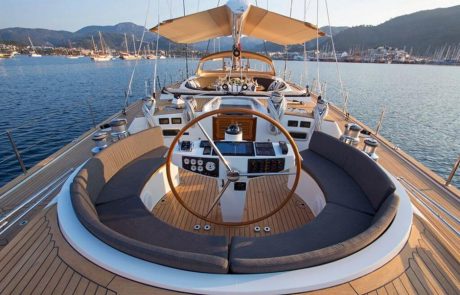 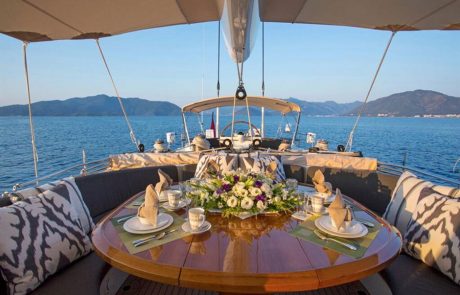 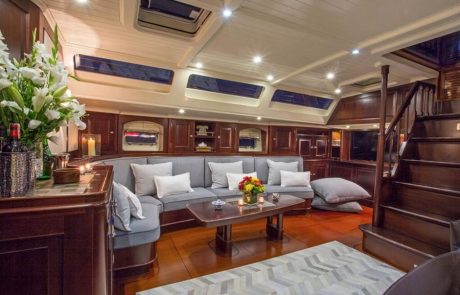 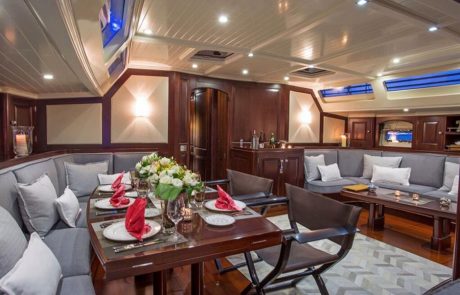 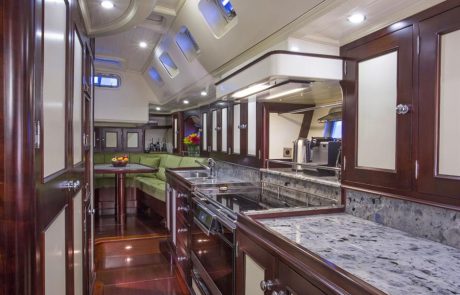 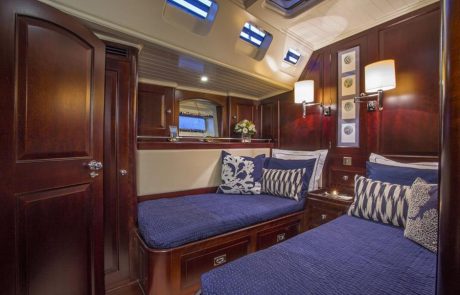 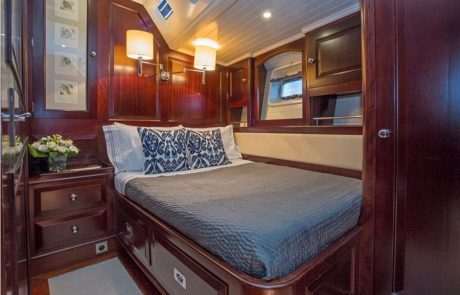 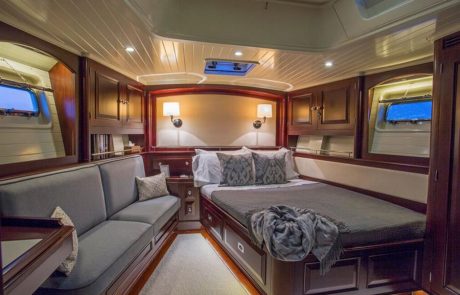 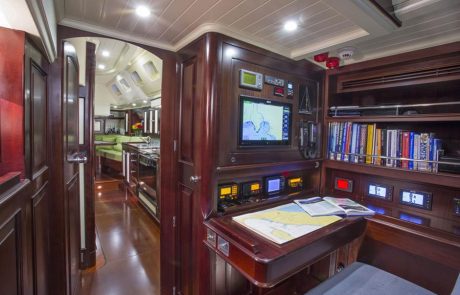 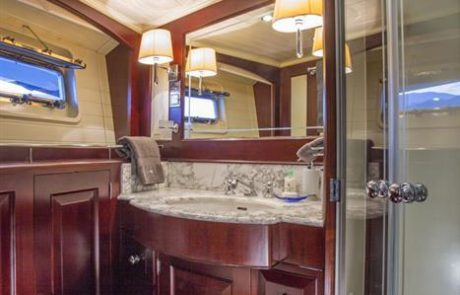 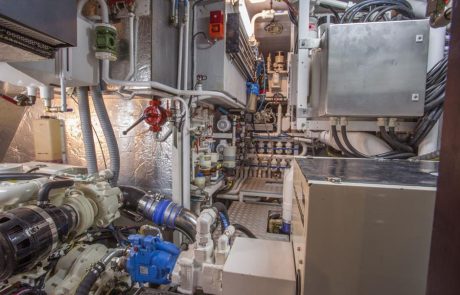 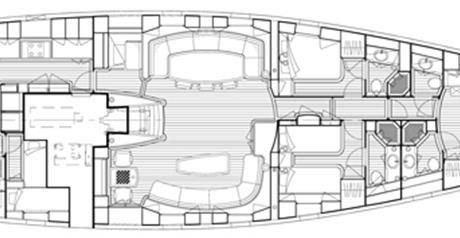 SAVARONA has been on a proper refit schedule since new. Her first in 2006, the second in 2010, and the major refit completed in 2015 when hauled at the Gino Yard in Marmaris, Turkey. Shortly before, in August 2014, she had been hauled in Palm Beach for a hull survey and inspection by Patton Marine, one of the best marine survey companies in the world.

SAVARONA has now completed an extensive refit, done by an experienced owner who is unable to do something “good enough”, it has to be done the right way. His project manager, also a marine surveyor himself, was on site for the entire project. The result is an absolutely stunning yacht that is better than new, with $1.5M invested. Not only was SAVARONA fully repainted, mast-boom-hull-superstructure, but also new 16 mm Burma teak decks and caprail was laid, with new teak added to the coachroof well. Deck hardware is all new black anodized Lewmar, interior varnishing and refurbishing with high quality fabrics, but the real story is under the floorboards and behind the cabinetry. Virtually every system has been serviced/replaced or modified, so that her planned charter activity would not have any interruptions. Her new owner has the choice of using her as a private yacht or continue with the charter operation, complete with web site.

Her twin cockpit layout is perfect for guests and crew. The center cockpit area has a rounded settee with a good size table for dining, which was just custom designed and built with an ice bucket and wired Bluetooth linked to the yacht’s stereo system. The aft steering/crew cockpit, also has comfortable rounded seating area, with steering and navigation completely separate. And as the owner needs to run his business while cruising, she has full Internet connectivity and communication from anywhere in the world.